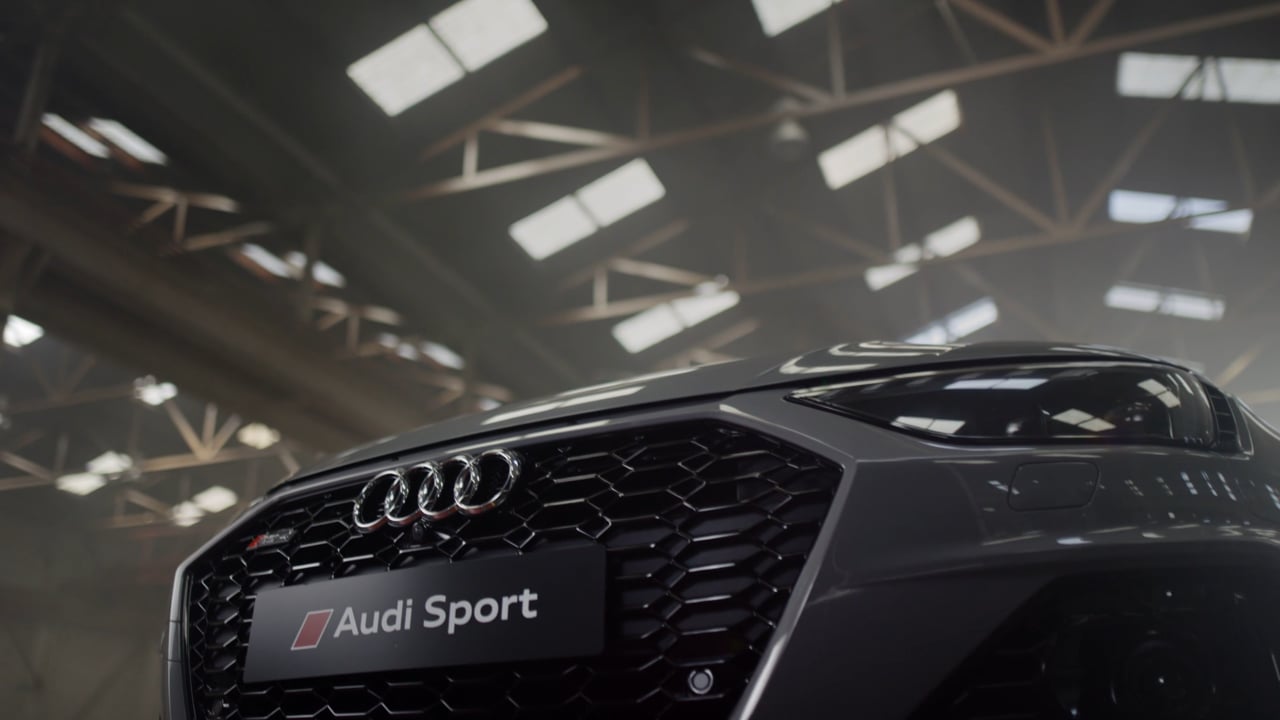 It’s probably fair to say that there’s not a single production that hasn’t been affected by COVID in some way since March. In early August we were fortunate to be able to help our friends at Audi of NZ – while they were stuck in Level 3 in Auckland, we were able to crack on producing here in Christchurch under level 2.

Audi of NZ has been launching numerous new sport models this year and had a desire to promote ‘Audi Track Experience’ later in the year – Sir Steve Hansen has recently joined the roster of Audi Ambassadors and his unparalleled experience in performance coaching makes for an obvious synergy with the Audi Sport brand.

With the original production set to take place at Hampton Downs, we set about redesigning the film to say ‘racing’ without setting foot on the race track.  With Steve being based here, it made perfect sense to produce this film in the South Island.

Following the ScreenSafe COVID-19 guidelines, we assembled the usual crew in an industrial warehouse in the city and had a productive day with Steve and the iconic RS4 in starring roles. Late Knight Productions provided support on Grip/Gaff and AC working alongside Simon, crafting each scene to tease our character’s reveal. Also on-set was a close friend of Resonate, Lee Howell, who was helping fettle the lighting and generally making himself useful (as well as snapping some BTS).

We’re proud we were able to solve a complex problem with a creative solution – happy client, happy production company!