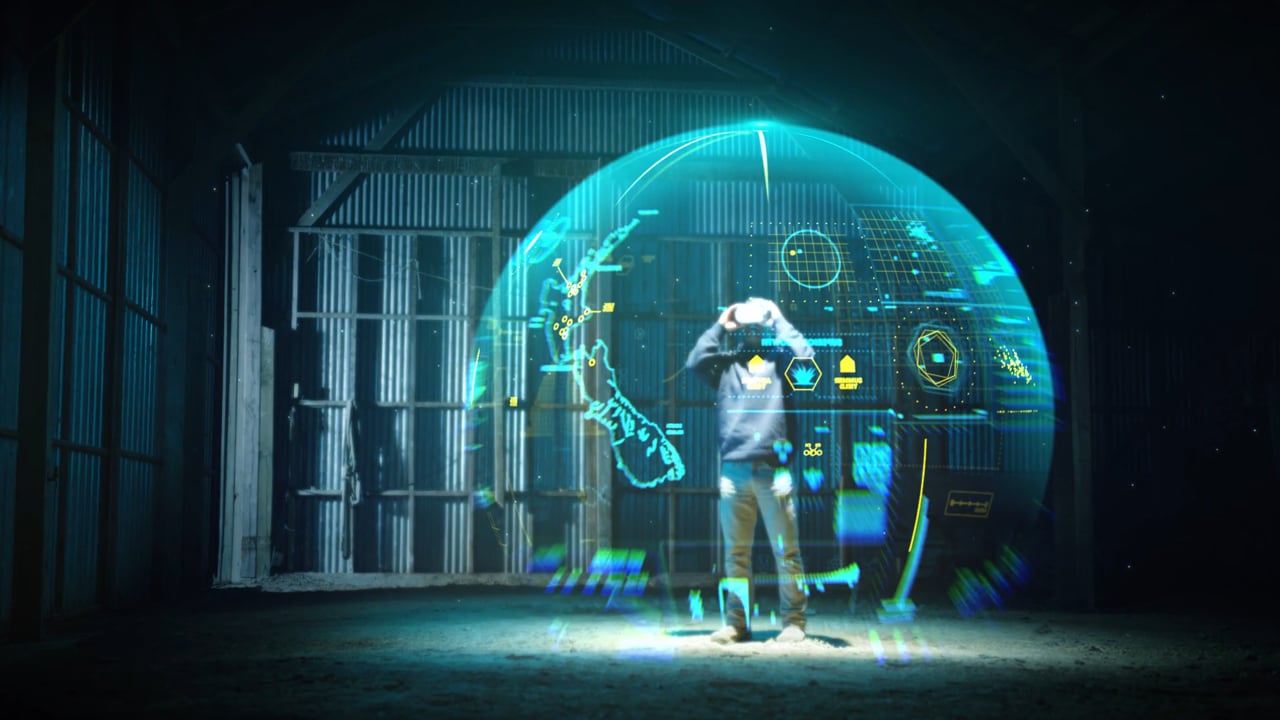 Our friends at Harvey Cameron came to us in late 2019 to bring a script for Barenbrug Agriseeds to life. The idea for this TV commercial was to start off like every agricultural ad in history – ‘man walks in field’ – but then quickly flip genre half way through into a sci-fi VR world.

We set about scoping the projects for its technical challenges and partnered with the clever folk at The Rig – a company specializing in visual effects in Auckland.

Because of the heavy VFX component, we needed to have a precise shooting board and style frames to minimize the too-ing and fro-ing in post-production – having all the stakeholders well engaged in pre-production was absolutely key to the success of the project. Harvey Cameron developed a preliminary storyboard, which we fettled with and turned into an ‘animatic’ ( a storyboard cut into a sequence for determining shot timing and editing choices) – The Rig then took our animatic and turned it into a ‘pre-vis’ animation (basic wireframe 3D animation for scene blocking).

The next challenge was finding a location that supported the script. We needed a shed (of which there are plenty in Canterbury!). But it needed to be the right shed. And that shed needed to be adjacent to a paddock of beautiful green grass. Turns out that was more of a challenge than we expected! Eventually we decided the best choice was to composite the shed into our chosen paddock (this part of the VFX was done in-house at Resonate).

Fast-forward to shoot day, we decided for the best control of light, we would shoot the paddock scene at sunset and the shed interior scene after dark – in mid summer this meant not rolling on the first shot until after 9pm! Glenn from The Rig flew down to manage the camera tracking markers and supervise the VFX shots. We were also joined by our favourite gaffer Zac from Late Knight and DoP Julian Vares. By 2am we had it wrapped, (albeit a little bit dusty).

When we finally got to post-production, everything just fell into place and the surprises were few. We had one round of feedback and the ad was done.

Initial feedback from Barenbrug Agriseeds is that the advertisement is having good cut-through, with direct customer enquiry attributed to the ad, plus positive recall and commentary from those in the industry. What started as an ambitious script from an agency turned into a particularly rewarding collaboration between 4 businesses (Barenbrug Agriseeds, Harvey Cameron, The Rig and Resonate) with a common goal – to elevate what could have been another typical Agricultural TVC into something memorable, engaging and effective.